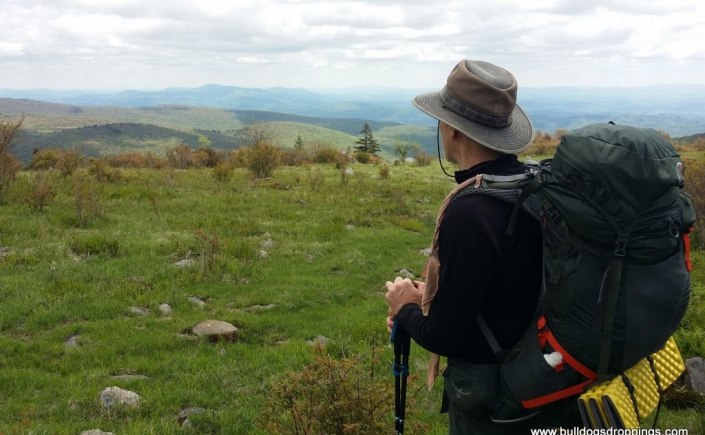 That wraps up another AT adventure.  Once again, we were blessed with great weather.  Hopefully I’m not going to jinx myself here but I’m not kidding when I say that I can count on one hand the number of times that I’ve walked in the rain between Amicalola Falls, GA and Atkins, VA as well as the 60 miles so far in the Shenandoah’s.  That’s a bit over 600 miles.  And in all those miles it’s only rained hard on me ONE TIME while I was hiking!  And that was very brief.  I would imagine that I’m one of a very small group of people who have walked that whole stretch just one time and had nearly ideal weather for all of it.  Pretty remarkable…and for that, I’m extremely grateful.  You can be sure that I’ll be praying for it to continue because there’s a lot of neat stuff coming up. 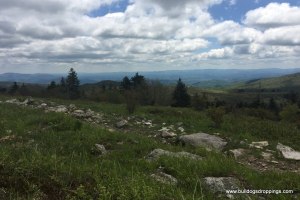 So what is coming up you ask?  Between now and late September, probably not much in the way of backpacking.  It will likely be far too warm and buggy for my liking.  Loonie and I will head for Harpers Ferry, WV the end of September.  Once there, we’ll take a shuttle down to Snickers Gap and hike the AT north back to Harpers Ferry.  We’ll then take a few days off trail to visit a few historical sites.  Then we’ll shuttle north up to Pen Mar State Park, get back on the AT there, first stepping into PA and then walk south back to Harpers Ferry.  What that means is that if all goes well, we’ll knock out Maryland and West Virginia.  And, if she and I are able to do that…why, next year we’ll try to pick up where we started our southbound hike in the Shenandoah’s two years ago, Thornton Gap, and hike north up to Snickers Gap.  In the meantime, Deep Woods and I will keep heading north from VA 42 and try to close up the gap between there and Blackrock Hut, where Loonie and I got to this year.  Sound confusing?  I’m getting lost myself!

It seems though that more and more my thoughts are turning to trails closer to home.  The time and money spent merely getting to and from the AT just to be out for a week or two each year certainly is a factor.  As we move further and further north, it takes us longer to get to and from the trail.  Two entire days gone just in travel, not to mention the money spent in gas, shuttles, etc.  We could be on the 323 mile Sheltowee Trace or the 223 mile Ouachita Trail in few hours or so less time.  The 270 mile Ozark Highlands Trail is a bit closer than that.  Even nearer to home is Missouri’s Ozark Trail and our home state’s 160 mile River to River Trail.  We’ve already done a little bit of the Ozark Trail and had planned on doing more this Spring but other obligations put a damper on that.  I suppose Deep Woods and I will continue on with the AT for at least two or three more years, at which point he’ll likely retire from work and leave me in the dust.  I’ve probably got ten years or so before I retire so he will almost certainly have finished the trail by then.  My hope as of now is to hit the halfway point three years from now.  Beyond that, who knows.  Loonie and I will begin to move on to other adventures, possibly concentrating on the trails I mentioned above.  In the span of five years we’ve had six grandchildren and they will likely be occupying more and more of our time.  Hopefully that will include time on the trail with them.  Those would certainly be memories they would cherish for the rest of their lives.  At least I hope so!