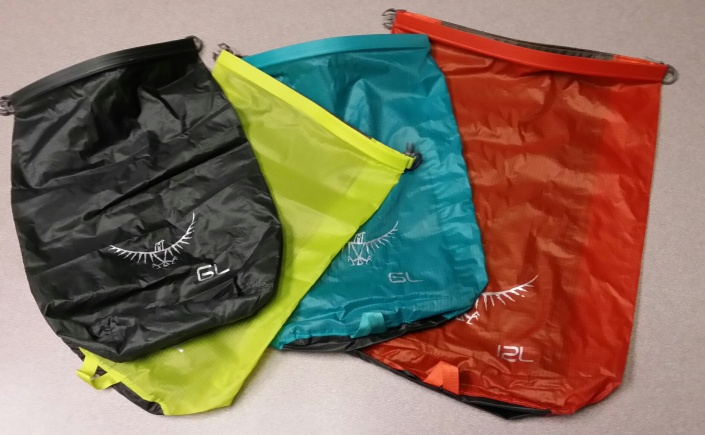 While waiting for an opportunity to hit the trail again, I’ve been busy redoing things here.  A new theme and simplified design. The favorites page, or “Fragrant Droppings”, as well as the accompanying albums have been updated.  Don’t expect professional quality photos.  It’s merely our way of keeping track of some interesting places we’ve been and cool things we’ve seen and sharing them with others.  I also made some minor changes to the gear pages and I’ll putting up put a link to an Excel version of the solo gear list soon.

In gear related news, I ordered some new Osprey roll-top bags for Loonie.  I was going to go with the Sea to Summit bags but they were a little bit more expensive and Backcountry.com had some of the Osprey bags on sale.  She now has three 6L bags and one 12L bag, all in different colors.  We have some 3L bags already so she should be good to go.  Girl likes to be organized!  Unverified weight of those are 0.9 oz for the 6L and 1.2 oz for the 12L.  While S2S doesn’t offer the exact same volume bags, according to REI the 4L S2S Ultra-Sil bag comes in at 0.9 oz and the 13L at 1.4 oz.  And should you care, the Osprey bags have a rectangular bottom versus a round bottom on the S2S bags.  We prefer the former as they seem to make better use of pack space.  Whichever way you go, these things cost a fortune! 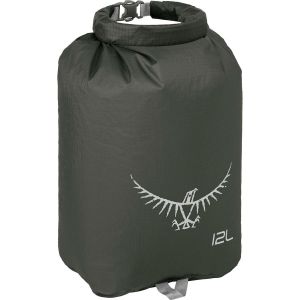 I suppose Loonie could have been recruited to make them but we would’ve had to order more fabric and the necessary notions anyway.  I say recruited Loonie because my latest attempt to sew something turned into a pile of scrap.  The plan was to make a water-resistant zippered “Ditty” bag for all of the miscellaneous items in my pack.  I’ve been using an Aloksak to hold my first aid, survival, repair and a few other assorted items and it’s coming apart at the seams.  Unfortunately, due to the Essential Tremor, my hands failed me and were not up to the task.  In frustration, I threw everything back in the closet.  I’m supposed to see a neurosurgeon later this month to be evaluated and discuss what the options are going forward.  It sure would be nice to be able to make my own gear again.

Oh, and the latest casualty: On the trip to the Shenandoah’s, Loonie stepped on the plastic cup that fits on the bottom of the JetBoil, cracking it beyond repair.  JetBoil calls this a “Skirt” but it’s essentially a plastic cup with grooves designed to lock it in place. 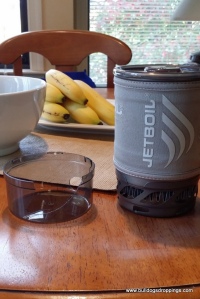 The skirt covers and helps to protect the titanium heat exchanger on the bottom of the pot when it’s not in use so we should probably get some sort of replacement.  They’re available on JetBoil’s website for $5.95.  Not too bad you say?  They want $6.95 for shipping.  $13 for a stupid plastic cup!  I don’t think so.  Someone over at BackpackingLight.com is using a Cambell’s soup cup as a replacement.  As a bonus, the lid for the cup apparently fits better than the original JetBoil lid.  The packed length of this setup doesn’t appeal to me…looks like the soup cup adds about two inches over the stock cup…but it’s an option.  Still looking.

There was one other casualty: one of the cheap trekking poles she uses lost a tip.  Not sure if the replacement tips from Black Diamond, Leki, etc. will work but we have a couple of other cheap sets – one set has a bent pole and the other set has already been robbed of a tip.   I’ll rob one from those to get her by for now but I suppose she’ll be getting a decent set in the near future.

Now, if we could just get back on the trail!