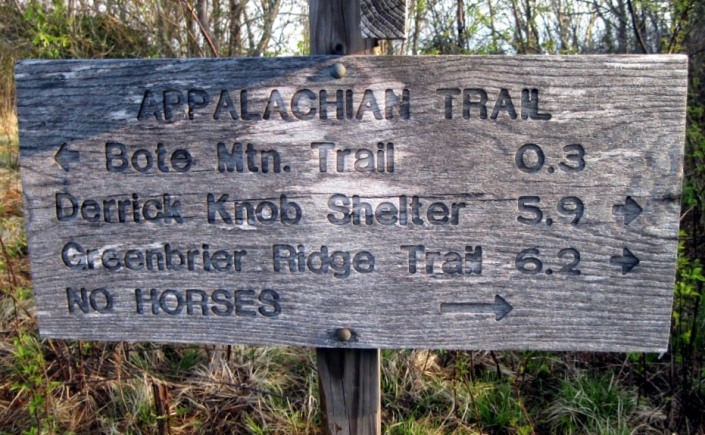 Well, as usual, things have changed yet again.  It appears Loonie and I are going to hit a fantastic bubble of weather – sunny skies, warm temps, low wind speeds, little chance of precip – a perfect recipe for a Spring hike along the AT in the Smokies, so that’s what we’re going to do now.  Hopefully I haven’t jinxed us now.  We’ll have the shuttle drop us off at the top at Clingmans and head south from there to Spence Field where we’ll take the Bote Mtn and Anthony Creek trails back down to Cades Cove to finish.  So….here’s the new topos… 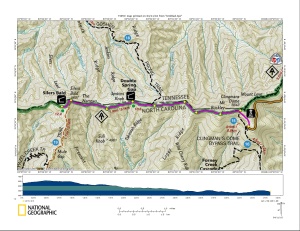 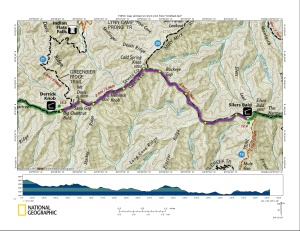 Fewer miles each day but a bit more climbing.  I think Loonie will do just fine though.  I dread having to stay in the shelters (have I ever said how much I HATE THE FREAKIN’ SHELTERS?) but since we’ll be out for four days it will be an opportunity for Loonie to take her time and see more of the Western/Southern end, especially Rocky Top and the incredible views.  I never get tired of the AT through the park anyway.  Should be beautiful.  And even though my pack already weighs a ton, we might just carry a bit of trail magic (snacks) along for any straggling thru hikers that may be stopping in.  Hopefully we’ll run across some that I’ve been following on trailjournals.com.  We stand a good chance of running into the Hitched Hikers, newly weds doing a thru hike as their honeymoon believe it or not.  I’ve been following their journal and they seem like a very nice couple.

In other news, I’ve been bummin’ over the passing last week of music legend Merle Haggard.

So much has already been said about all of the many accomplishments in his long, amazing career so I won’t go there but not enough has been said about his passion for Western Swing music.  He was a devoted fan of Bob Wills and fashioned his own band after Wills’ Texas Playboys.  Back in the ’30s, Wills mixed up a soup of musical genres that included Cowboy, Folk, Polka, Dixieland Jazz, Blues and Swing.  Comparisons are often made to gypsy jazz and, since I’m such a big fan of jazz guitar legend Django Reinhardt, I can hear why.  As a testament to the broad influence of this amazing fiddle playing, song writing cowboy, the Rock and Roll Hall of Fame inducted Bob Wills and the The Texas Playboys in 1999.  Merle did much to keep the proud tradition of Western Swing alive and for that he will be truly missed.  So, in honor of Merle, here’s a vid of him doing the Wills’ tune San Antonio Rose.

And finally, one of Merle’s #1 hits (though written by Cindy Walker and made popular by Wills and the Playboys), Cherokee Maiden.

Not quite sure when you’ll be hearing from us next.  Cell signal in the park is usually non-existent but if we happen to get one, I’ll try to post a brief update.  Otherwise, you should be hearing from us soon after we get back into Pigeon Forge.  Pray that Loonie doesn’t decide to push me off the mountain before then!  We’ll then try to post updates of each day hike we do.  Hopefully we’ll get some good wildflower pics.  As for butt head Deep Woods, he’ll be joining up with us a week later.  Loonie will drop us off so we can begin our 102 mile trek on the AT from Erwin,TN to Standing Bear Farm Hostel, just north of I-40.  There’s some awesome sights along the way such as Big Bald, Big Stamp, and Max Patch.  Those are all very open and exposed to the elements so hopefully the weather will be in our favor.  Assuming neither of us kills the other along the way and we complete this stretch, we’ll be shootin’ for the Virginia border next year!